COVENTRY may now be languishing in the third tier of English rugby, but during the 1970s they were the Saracens of their day. A side packed full of internationals, they won two of the first four RFU Knock Out Cups and really were the team that everyone wanted to beat.

The vast majority of the players were produced locally and one of them, Peter Rossborough, is still involved with the club, now serving as president. Rossborough, capped seven times by England, speaks with a great sense of pride about the side that ruled English club rugby in the early 70s.

He said: “We had really some fantastic players; there’s a picture in the Coventry clubhouse which was taken the season before in 1972 and shows 13 internationals, 12 from England and another who was Welsh.

“It was quite an amazing achievement at the time, because rugby wasn’t professional and you couldn’t buy your international players in the way Saracens, Leicester and Northampton have done.

“When we were successful, most of them were home grown Coventry boys and we were very proud of that aspect of the team. We also put pressure on ourselves to perform no matter how heinous the weather,  or how dreadful the referee was. We drove ourselves on.”

Coventry did not enter the Knock Out Cup in its first season and went out in 1972 at the semi-final stage against Gloucester, who as the away club progressed following a 6-6 draw.

A year later Coventry didn’t make any mistakes despite being drawn away from home three times, beginning with a hard-fought win over rivals Moseley 13-9 in the second round.

They hammered Orrell 29-0 in the quarter-final and then Sale 35-6 in the last four to book their place in the Twickenham Final against Bristol.

The West Country side weren’t any match for Coventry in front of 11,500 fans thanks to tries from John Barton, David Duckham, John Gray and Geoff Evans. Full-back Rossborough chipped in with a conversation and two penalties while Alan Cowman kicked another in the 25-15 victory.

“One of the great shames of the final was that Bristol lost a good man, (England hooker) John Pullin, to injury early in the game and there were no replacements in those days, even for injuries.

“And it took the edge off what would have been a thrilling final. Clearly it affected Bristol who were down to 14 men and strange as it may sound, it also affected us. We felt desperately sorry for the guy and we played a very mediocre game to be honest. Our minds weren’t on it as much as they should have been.

“But we very much had a point to prove after going out in the manner we did to Gloucester the year before. We weren’t beaten in the Cup in the first three years of the competition.

“We played very well  all of that season and we had a huge amount of confidence as you would expect from a team with the best part of a dozen internationals in it.

“And those who weren’t internationals, the likes of John Gray, were pretty good themselves and Jim Broderick who was pretty close to international status. And we were very well coached by a guy called Malcolm Lewis, who went on to become a coaching advisor to the Welsh Rugby Union.

“We trained a lot harder than most clubs did in those days, players who joined from other clubs always found it hard to keep up with our training schedules in the first couple of months,” he added.

Coventry retained their crown in 1974, beating London Scottish 26-6 in the final and didn’t taste defeat until being beaten by Bedford in the 1975 semi- final.

In 1973 they also finished top of The Sunday Telegraph Merit table as there were no organised league competition until 1987.

“At that time there were no leagues and as you will recall the fixtures were a matter of the clubs negotiating among themselves.

“We had a very strong fixture list against the likes of Cardiff, Swansea, Llanelli, and Newport who were all in their pomp at the time.

“We also played Bristol and Gloucester, but Bath weren’t much cop at the time. They have come on in leaps and bounds are now outstanding.

“We also had some cracking local derbies against Leicester, Northampton and Moseley in particular.

“The Sunday Telegraph ran a merit table for English and Welsh teams at the time and we won it in 1972-73.

“So that was the only real measure of who was the top team, and not a particularly efficient one I have to say of the performance between English and Welsh clubs.”

Peter Preece: England centre, the son of England and Lions fly- half Ivor, spent many years as a financial advisor and pensions consultant based in Leamington but is now retired.

Brian Holt: Winger who read land economics at Cambridge University before becoming an estate agent, was managing director of his own firm bearing his name until his retirement.

Barry Ninnes: England second row who also played for Northampton, was a mine manager and ran his own business manufacturing artificial hip and knee joints. Lives in Sheffield.

Ian Darnell: England U19 international lock who captained and coached the club. Was a policeman reaching the rank of inspector and was later a carer. Died in October, 2016 aged 66.

John Barton: England second row who worked for the British Motor Corporation before becoming a financial advisor selling insurance, and is now living in retirement in Earlsdon, Coventry.

Keith Fairbrother: England loose-head prop who became Coventry chairman for eight years, was a grocer in the Coventry wholesale market before running the family investment businesses.

Geoff Evans: England and British Lions centre was a banker with Midland Bank and then HSBC before starting his own finance company. Now living in retirement in Claverdon, South Warwickshire.

Chris Wardlow: England centre was selected for the British Lions only to break his jaw in training. He worked in the road haulage industry and then for London County busses.

Bill Gittings: Scrum-half who won one England cap, was an aircraft steel metal fabricator before spending many years with Motor Panels in Coventry. He spends half his year living with his daughter in New York.

Roger Creed: England flanker who won one cap, was a buyer in the family power tools business and then went to work in the Manchester rag trade. Now retired in his native Solihull.

Alf Wyman: The match secretary for over 40 years until his death in the clubhouse foyer in 1981.

David Duckham: England and Lions winger worked in banking and the building industry before becoming director of marketing at Bloxham School in Oxfordshire. He then became involved in corporate hospitality.

Jim Broderick: A tight head prop who toured Canada and Japan with England was an engineer for tyre manufacturers Dunlop at their head office in Coventry. Died in 2009 aged 65 after a battle with cancer.

Peter Rossborough: England full-back was an English and French teacher in Coventry and later became headmaster at Ashlawn School, Rugby for 24 years. Is now the club president.

Dick Cowman: England fly-half, was a teacher at King Henry VIII Grammar School in Coventry and then became head of a school in Dorset.

The article above is by courtesy & kind permission of ‘The Rugby Paper’.

One thought on “We had 13 Internationals with Majority Home Grown” 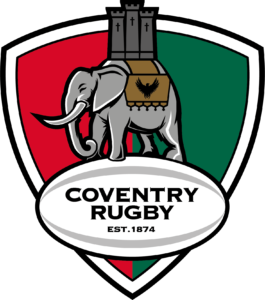